Elevator Company Comments Out of Order

Speed Does Not Mean Fast 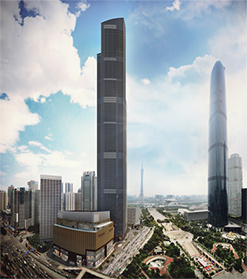 Recently, it was announced that the CTF Finance Center in Guangzhou, China broke records as the fastest elevator in the world to date. Believe it or not, it travels at an astounding 46.9 miles per hour straight up! Wow! Talk about elevator speed. An elevator in Shanghai, China (Shanghai Tower) finishes in second place with a speed of 42.8 mph. The fastest North American elevator clocks in at a paltry 22.7 mph in comparison. It is located at the Freedom Tower at 1 World Trade Center in New York. It is a bit slower but the show you get going up and down is worth it.

Your Elevator is a Slow Poke

As it turns out, the elevator in your building is not breaking any world records, but, unless you are in the Willis Tower in Chicago or the Empire State Building in New York, you probably don’t need a three million dollar monstrosity that can hit highway speeds. Keep in mind that the world record holding building has a total of 95 elevators and only two are the super fast ones and they only go from the first floor to the 95th where the world’s highest hotel resides. As a matter of fact, the CTF Finance Center has 52 medium and low speed elevators, as well as the two speed-demons.

So, if you can build an elevator that goes that fast, why aren’t all elevators designed the same way? Let’s start with the turtle like speed of most elevators you will find; believe it or not, most elevators are designed to travel at a blazing 100 to 200 feet per minute or between 1.14 and 2.27 miles per hour for buildings 10 stories or less.  This means that if you’re traveling between two floors that are 10 feet apart at 2.27 mph, the trip would take 3 seconds, right? Well, not exactly.

There’s No Blast Off

You are missing an important part of the equation. When you push the button in any elevator, it doesn’t immediately blast off at 2.27 mph. If it did, most people would be knocked to the ground; the elevator has to ramp up to top speed. Acceleration and Jerk (rate of change of acceleration) are human comfort considerations that must be taken into account when looking at elevator speed. The practical limits (for math geeks) are 4 ft/sec^2 acceleration and 8 ft/sec^3 for jerk.

Keep in mind, these formulas represent the the very top limits of elevator movement and are aggressive but acceptable. Anything beyond these levels and the car becomes a roller-coaster or the Tower of Terror. To ensure a real smooth ride, technicians use around 70% of these levels.

Just for general purposes for a comfortable ride, the ramp up will take around 3 seconds. You also have to consider a similar ramp down for another 3 seconds. In other words, if traveling ten feet, the maximum speed may never be achieved due to the ramp up and ramp down before you arrive at the next floor.

Whether the elevator can go 2 miles an hour or the speed of light, there must be an acceleration that is comfortable for the people riding in it. That means that in most applications, with elevators starting and stopping at several floors, up and down, the elevator car rarely tops out at the possible speed it can travel. This, then, explains why there are 52 elevators in the CTF Financial Center that are low or medium speed.

So to answer the question “Why aren’t all elevators made to go nearly 50 miles per hour?” It’s because in most applications, other than extremely high high-rises, the cost is absolutely out of proportion to the benefit and, in most examples of elevators, the top speed would never be realized anyway.