**Disclaimer: Read to the end. Don’t stop halfway through, no matter how much you want to, or you will regret it.

The date was July 28, 1945. The time, 9:40 AM. The city, New York. A thick fog blanketed the five boroughs, and the buzz over the fog shrouded skyline was that of a two-engine B-25 Mitchell bomber winging its way to New Jersey from Bedford Army Airfield in nearby Massachusetts. Despite warnings of zero visibility, Lieutenant Colonel William Franklin Smith Jr. pressed forward with the mission of transporting personnel.

Simultaneously, a 20-year-old elevator operator named Betty Lou Oliver, originally from Fort Smith, Arkansas, was on duty in the Empire State Building, on the 80th floor in the #6 elevator.  Elevator operators were common in the 40s. They were almost always young women that had graduated from a charm school, and they did more than just punch buttons. They were expected to know the building inside and out so they could guide visitors to the right floor and represent the building owner to the public.

Miss Oliver was in the elevator when suddenly, the building shook, and the sound of crushing metal and disintegrating bricks and mortar filled the foggy air.

The disoriented pilot had hit the Empire State Building at the 79th floor, tearing a gaping 18×20-foot hole in the north side. The building was immediately engulfed in flames from the fuel, and pieces of the plane became projectiles.  Shards of glass and metal filled the air up and down 5th Avenue. One of the engines landed a full block away, while the other engine and some of the landing gear were thrown into the elevator shaft, where they  plummeted to the bottom. Miss Oliver was ejected from her post in the elevator car, suffering burns, a broken pelvis, and broken vertebrae in her neck and back.

The flames were doused quickly, and rescue teams entered the building, searching for survivors. Betty Lou was found in a pile of rubble, and although in significant pain, she was still alive. She received medical attention and was placed in an elevator to be evacuated to the ground floor. But then things went from bad to worse.

The engine and landing gear that had fallen down the elevator hoistway had hit the cables suspending the car, severing them in the process. When the button for the first floor was pushed and the elevator doors closed, the elevator car plummeted 79 floors to the basement.

This still remains the only elevator car fall due to a complete cable system failure. A standard elevator contains several cables (up to eight), and each can hold the weight of a fully loaded car. Also, there are braking systems in place that stop the cables if there is a problem. Unfortunately, the problem in this case was that there were no cables still attached to the car. So only in this extremely rare occurrence, when all of the cables failed simultaneously, would a fall ever occur. That is why, despite movies and horror stories, elevators are one of the safest modes of transportation in existence. 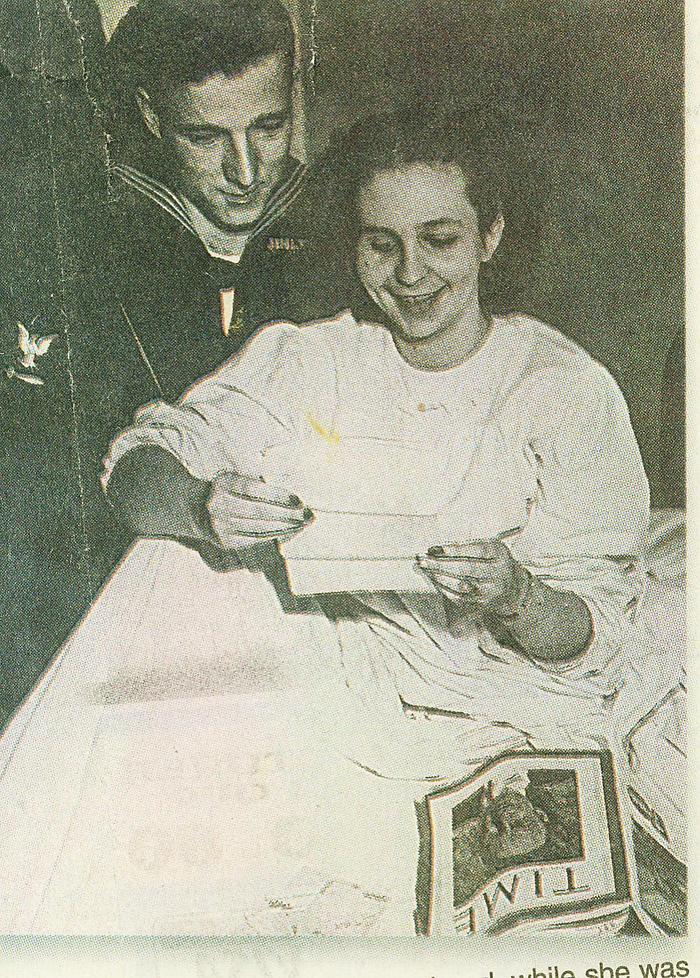 According to ConsumerWatch.com, “U.S. elevators make 18 billion passenger trips per year.” All of those ups and downs result in about 27 deaths annually, according to estimates from the U.S. Bureau of Labor Statistics and the Consumer Product Safety Commission. That works out to a fatality rate of 0.00000015 per trip. If you exclude people who pry open elevator doors and fall in the hoistway or who intentionally misuse the elevator, or elevator techs, then that number goes down even more.

So, what happened to Betty Lou Oliver, the woman injured in a freak accident only to face death again? Believe it or not, she survived. The thousands of feet of elevator cable cushioned her descent, letting her live another day and many more after that. She recovered in less than eight months and even went back to the Empire State Building to ride to the top once more. She then returned to Fort Smith, Arkansas, with her husband, Oscar Lee Oliver. She had three children and seven grandchildren and died November 24, 1999, at the ripe old age of 74.